Brand: KNIGHT
| Create your own review 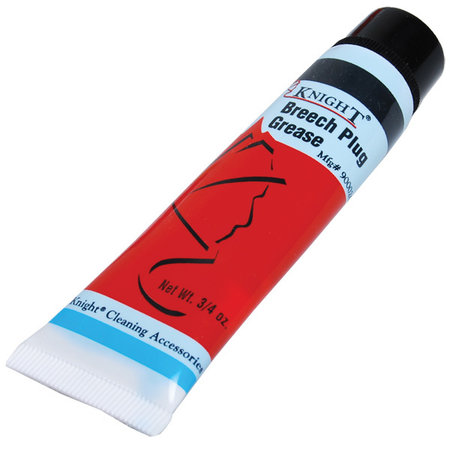 The last thing you want to do after a day of shooting on the range or in the field is deal with the frustration of a seized breech plug. You can eliminate that frustration by keeping a tube of Knight Rifles Muzzleloader Breech Plug Grease with your gear. Knight’s grease is formulated with Dupont Teflon to withstand heat created during the ignition of powder and will prevent the nipple and breech plug from seizing and sticking in the barrel, ensuring easy removal of the breech plug when cleaning your black powder rifle.

All rights reserved by InStijl Media